UNESCO and the Parthenon Sculptures 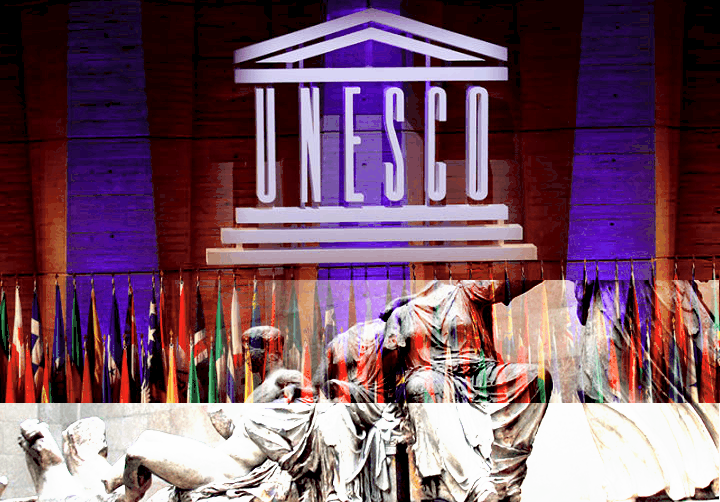 On 29 September 2021 the UNESCO Intergovernmental Committee for Promoting the Return of Cultural Property to its Countries of Origin (ICPRCP) issued a decision acknowledging the “legitimate and rightful demand” of Greece for the return of the Parthenon Sculptures that were plundered by Lord Elgin more than two hundred years ago and calling for the UK Government to enter into a bona fide dialogue with the Greeks to find resolution to this long-standing cultural property dispute.

Not surprisingly, the UK Government quickly responded that it would challenge the decision without specifying how and went on to restate its position, namely, that the Parthenon Sculptures were acquired legally and since the British Museum operates independently of the government and free from political interference, all decisions relating to collections are taken by the Museum’s trustees.

In other words, as far as the British cultural establishment is concerned, we don’t care what UNESCO thinks; the Parthenon Sculptures belong to us and they are not coming back.

The ICPRCP was in 1978 as a permanent intergovernmental body responsible for finding ways to assist with and facilitate bilateral negotiations between the countries concerned for the return or restitution of cultural property in order to enable people, in the words of the then Director-General of UNESCO, to “ recover part of its memory and identity … in an atmosphere of mutual respect between nations.”

When Melina Mercouri, the Greek Minister for Culture, first raised the issue of return at the UNESCO World Conference on Cultural Policies held in Mexico in August 198, her British counterpart replied that the UK Government “could not interfere in the affairs of a private establishment like the British Museum”.

In 1984 the issue of return of the sculptures was placed on the agenda of the UNESCO Intergovernmental Committee and has remained on the agenda every time the ICPRCP has met since then, some 17 separate Sessions.  And since 1984 the Committee has made countless ‘recommendations’ for the resolution of the dispute between Greece and the United Kingdom over the Parthenon Sculptures which the British side has continued to ignore to the present day.

At the ninth session of the Committee held in Paris in September 1996, for example, a recommendation was adopted for the Director-General of UNESCO “to continue his good offices to resolve this issue and to undertake, as a matter of priority, further discussions with both states”.

However, the British side continued to argue that the British Museum was independent of the Government and that the British Museum Act restricted wat could be deaccessioned from its collection.  They even claimed that to pass a law requiring the Trustees to return the Sculptures would be regarded as confiscatory and in breach of the European Convention on Human Rights.  It was later disclosed that this had simply been raised as a “delaying tactic”.

In 2000 before a House of Common Select Committee inquiring into the illicit trade in cultural property, the British Museum emphasised that it holds “in trust for the nation and the world a collection of art and antiquities” and that it constitutes a “reference library of world cultures”, providing an “international context where cultures can be experienced by all, studied in depth and compared and contrasted across time and place”.   This was to set the tone for the British stonewall defence.

For good measure the British Museum claimed the sculptures were by now an integral part of English heritage simply because they have been in London longer than the modern state of Greece has been in existence.

At the eleventh session of the Committee held in Cambodia in March 2001, a senior cultural law expert conceded that whilst the issue of the Parthenon Sculptures was very important UNESCO had been “trying to avoid any confrontation” during the meetings of the Intergovernmental Committee.

In 2003 the new director of the British Museum, Neil MacGregor, was blunt in his assessment of the Greek claims when he declared that the Parthenon is a ruin and one has to recognise that the Elgin Marbles’ life as part of the Parthenon is over.

This condescending attitude was to be echoed by his successor, Dr Hartwig Fisher, some 16 years later when Fischer infamously described Lord Elgin’s plunder and removal of half of the sculptures from the Parthenon as a “creative act”.

ICPRCP again met in Paris in September 2010 at the 17th Session and issued yet another “recommendation” in which it again invited the Director General to assist in convening the necessary meetings between Greece and the United Kingdom, with the aim of reaching a mutually acceptable solution to the issue of the Parthenon Sculptures.  When Greece sought in 2013 to invoke the mediation and conciliation procedures available through UNESCO to attempt to mediate the dispute, the British side declined.

Subsequent meetings held of the ICPRPC in 2014, 2016 and 2018 all yielded the same predictable recommendation urging the parties to continue talking.  Little comfort when one side has no intention of doing so.

But at the just concluded 22nd Session of the ICPRCP the UNESCO Committee finally bared its teeth under the chairmanship of the newly-elected Maged Mosleh (Egypt).

The Committee’s main focus was on two items of cultural looting:  the Parthenon Sculptures (Greece) and the case of the Broken Hill Man Skull (Zambia).  There was also some discussion regarding an illicitly acquired Benin bronze in the hands of a Belgian art dealer but detained by British authorities pending resolution of the dispute between Nigeria and Belgium.

The Broken Hill Man Skull case is interesting because it is generally regarded as the first historically significant human fossil found in Africa when it was discovered in a Zambian mine in 1921. The skull was ‘donated’ by the Rhodesia Broken Hill Mine Company to the British Museum, but later transferred to the Natural History Museum.